““The clock position closer to midnight and the kind of urgency in the conversation presented with the Nuclear Threat Initiative really is reflective of the current climate,” Goldblum said.” “At the event, which was co-sponsored by the UC Berkeley Nuclear Policy Working Group and the Nuclear Science and Security Consortium, or NSSC, Brooks dissected the Trump administration’s Nuclear Posture Review report.” “Goldblum’s best-known campus program may be the Nuclear Policy Working Group (NPWG), which she founded in 2012. “When I started, I thought it was going to be a seminar series with a few students,” she says. “Dozens of people from all over campus showed up at the first meeting.” NAVY SHOULD DEVELOP NEW SHIP AND SUB REACTORS THAT DON’T USE WEAPONS-GRADE URANIUM, EXPERTS SAY
The Center for Public Integrity, 3/19/2015

A new FAS task force report (which the NPWG’s Bethany Goldblum contributed to!) says that the Navy needs to have proper reasons to continue using HEU when LEU is easier to safeguard. 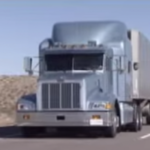 The NPWG is featured in a podcast with Bethany Goldblum about training the next generation of nuclear security experts! A CONVERSATION WITH ERIKA SUZUKI, DEPUTY DIRECTOR OF THE NPWG
Policy Matters, Fall 2014

Julie Stabile interviews NPWG Deputy Director, Erika, about the goals of the NPWG and other professional experiences our club offers. “The panel event, titled “Ethics in Nuclear Security Science and Policy,” was hosted by the Nuclear Policy Working Group, which is a campus group that connects students and faculty members to discuss and educate the community on issues in nuclear security.” WE MUST START THINKING AGAIN ABOUT THE UNTHINKABLE
Scientific American, 11/18/2013

“Bethany Goldblum, a nuclear engineer at the University of California at Berkeley, talked about the Nuclear Policy Working Group, which brings together scholars from diverse fields to brainstorm about nuclear threats.” “The Stevens Institute of Technology and the Federation of Atomic Scientists are planning a “nuclear issues education” workshop just a stone’s throw from New York City — in Hoboken, N.J. Speakers include Bethany Goldblum, Founder of the UC Berkeley Nuclear Policy Working Group.” Charles Ferguson, the President of the Federation of American Scientists, mentions the NPWG in his President’s Message!